September 20, 2009
1. "You can't run games on Linux.".
This is one that annoys me. People claim that Linux does not provide the necessary gaming requirememnts. But look:

There is a list of Linux games at http://icculus.org/lgfaq/gamelist.php which includes many famous and popular games such as Enemy Territory: Quake Wars, Quake 4 and the Unreal Tournament series. These have either been ported from the originals by independent game companies or originally programmed for Linux (as well as many other operating systems). They often run faster on Linux than Windows as the old ETQW system requirements page showed (required 2.8GHz for Windows, 2.0GHz for Linux). For games that are not supported on Linux, there are API layers (NOT emulators) for Linux that can run Windows programs, often faster than Windows can, due to memory usage. Examples are Wine (free libre/gratis), Cedega (subscription) and CrossOver (subscription). I have successfully run many Valve games on Linux such as Half-Life 2, and many mods of it, using the Windows version of Steam under Wine, and they ran great. Also check out http://en.wikipedia.org/wiki/List_of_open_source_video_games for many more cross platform free games.

2. "Linux has bad security".
Anyone who knows security will surely agree with me here. It is in fact widely known that Windows has viruses, trojans, worms, malware and various spyware available for it. The makers of these programs assume you have Windows (as the majority of desktop users have at the moment). New malware is being made all the time and if you get a virus, you will likely not know about it until it has done its damage (unless it's quite old, in which case your virus checker will pick it up). Malware has been made for Linux but most past attempts at it have failed. http://en.wikipedia.org/wiki/Linux_malware
Linux was originally designed for multiple users from the ground up, in contrast to Windows' 1-user original setup. This could factor in too.
The password hashes used by Linux can be Blowfish or MD5. These are known strong algorithms, and they are protected by a "salt" to protect against "rainbow table" password cracking. Unfortunately, Windows uses a hash called "NTLM", NT Lan Manager. These hashes don't have salts, and your password is split into 7 digit segments before being hashed. See http://en.wikipedia.org/wiki/LM_hash . These keys are significantly easier to crack and don't require much time if necessary rainbow tables have been installed.
In the times of Windows XP, no password was set by default for the main user or administrator, Though this has been fixed now, this was a huge security risk.
Exploits in Linux and Windows have been widespread, but Windows has had many more serious ones. In fact in 2008, a Windows server could be compromised by attacking the SMB service in an attack called "ms08_067_netapi". This can gain System user level access to the system.
Linux kernel exploits have indeed been found but have been patched significantly quicker (as open source usually is, as there are many more developers), and cannot be exploited from the outside.
One more reason why Windows computers happen to be less secure is that the users running the system do not know much about security (they are less educated) and as the system is often not tightly locked down enough.

3. "Linux is hard to use".
This is a complete joke in my eyes. I recommend Linux Mint at www.linuxmint.com to anyone to try it. You will find that most if not all of your hardware is auto detected (Windows does not have this, it needs drivers, and the only reason it works for you is that they have been prepackaged along with your computer), and it's simple.
To install software all one needs to do is to go to the Install Software or Package Manager button in the menu and search for software. Repositories like this have been checked for malware so there is a very slim chance user programs will do harm.
Ubuntu and Mint are world renound for their ease of use, and that means there is no reason not to check them out!

4. "Linux won't play my media/DVD/etc"
It is likely that your distribution does not come with necessary media codecs (for legal reasons). That is why I recommend Mint (to anyone in a country where the software is legal, get the Main edition). This includes software to play DVDs and almost all media formats. Though it is not hard to install it in Ubuntu, the media players prompt you to choose a codec and install it!

5. "Linux is all command line".
Proof enough are these pictures: 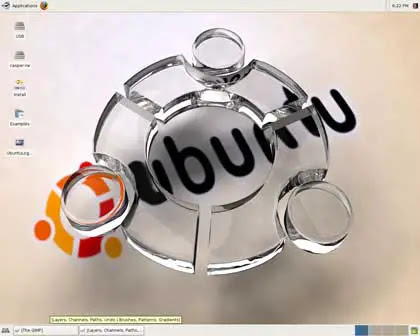 Jake said…
Thanks for defending Linux. You forgot to mention only that Internet wouldn't probably exist by now if it wasn't for linux servers (used most of all by Microsoft sites). Windows security is so "strong" that most self respecting ISPs operates from behind a linux servers.
16/01/2013, 03:16

Popular posts from this blog

July 27, 2018
I remember those days when your computer hissed and made strange noises in order to connect to the Internet. Today, most of us look back at those days in disdain. But for some, we want to repeat the same kind of experiences that we used to, just for the pure nostalgia of it. Some of the most remembered operating systems can take us back to those days.

Windows for Workgroups 3.11 is remembered for its Terminal application and ability to use a multitude of networking technologies to connect to networks back in the day.

DOS also had limited support for networks - but this required third party software, unless one would talk directly to "COM1" as it would name the serial device.

Windows 98, although it has proper TCP/IP and Ethernet card support built in and there's therefore no need to use serial for internet when virtualising, for the most part it is remembered for its dial-up connections, since when we were using it, no one had broadband yet. But one of the best things ab…
Read more

July 31, 2018
Did you know that Android devices expose a modem on the USB interface, even when "Tethering" is turned off? It appears like this in dmesg:

You can connect to this as a raw serial console like:
screen /dev/ttyACM0
or:
minicom -D /dev/ttyACM0

This will accept GSM modem commands prefixed with AT, and give information about the phone, and presumably allow a dialup-like interface.
Many of the examples on M2MSupport.net will work with the phone, depending on which manufacturer and capability set, presumably. With my Samsung Galaxy XCover 4, I got the GSM capability set.
Try playing around with this, but don't get charged by your provider too much for making calls you never end! Make sure you hang up properly as per the protocol.
For more on standard modem commands, see the Hayes command set article on Wikipedia.
That's all for now!
Read more

How to use SSH for an Internet Connection Sharing Proxy

November 13, 2010
I haven't made a blog in a long while, so I'd thought I'd share this, which I recently discovered how to do.

If you find the idea of proxies a bit restrictive. because after all, they have to be set up in the applications in question, and may not work for some applications, help is here. And all you need is an SSH server you can connect to. Sadly, this method requires root, but it's worth having for the system-wide Internet connection you'll get from it.

Authenticating as root First, make sure you're root on the client machine (sudo -s or su -, depending on your distro), and that you can ssh as root to your target server. This is of course causes security implications, so it may be a good idea to generate a key pair for root-to-root access and block off passworded access for root, so that no one can bruteforce your root password.

Generate the key pair as root on the client:

And copy the key to the server